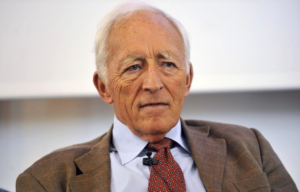 STOREP 2019 Invited speaker ALAN KIRMAN is Directeur d’Etudes at the Ecole des Hautes Etudes en Sciences Sociales in Paris and Professor Emeritus at Aix Marseille University. He has an M.A. from Oxford and his Ph.D is from Princeton. He has been professor of economics at Johns Hopkins University, the Université Libre de Bruxelles, Warwick University, the European University Institute in Florence. He is a Fellow of the Econometric Society and of the European Economic Association. 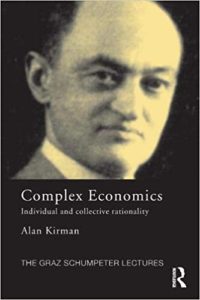 He was awarded the Humboldt Prize in Germany, has been a member of the Institute for Advanced Study in Princeton and was elected as a foreign member of the Accademia dei Lincei in Rome. He was awarded a Doctorate Honoris Causa at the University Jaume 1 in Castellon Spain in 2018. He is Senior Adviser to the OECD’s New Approaches to Economic Challenges programme. 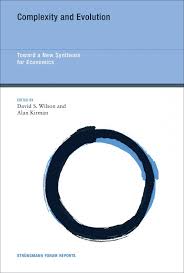 His original interests focused mainly on theoretical economics and in particular general equilibrium theory and game theory. However, as the problems with the foundations of modern theoretical economics have become clearer his interests have turned to looking at the empirical evidence as to how the economy in general and some markets in particular function. He has become increasingly involved in modelling the economy and markets as complex adaptive systems in which aggregate behaviour emerges from the interaction between rather simple economic agents with limited knowledge. Economic actors are perhaps closer to ants than to homo oeconomicus.

His keynote lecture at the 16th Annual STOREP Conference is titled:
“Following Walras down a road which Pareto did not share”

Stefano Scarpetta is Director for Employment, Labour and Social Affairs at the OECD. 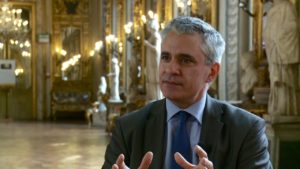 Mr. Scarpetta joined the OECD in 1991 and held several positions in the Economics Department and in his current Directorate. He led several large-scale research projects, including: “Implementing the OECD Jobs Strategy”; the “Sources of Economic Growth in OECD Countries”; and contributed to others including “The Policy Challenges of Population Ageing” and “The Effects of Product Market Competition on Productivity and Labour Market Outcomes”. From 2002 to 2006 he worked at the World Bank, where he took over the responsibility of labour market advisor and lead economist. In this capacity, he coordinated a Bank-wide research program of Employment and Development and contributed extensively to the Bank’s investment climate assessments. He returned to the Economics Department of the OECD in November 2006 where he became the head of the Country Studies Division in charge of Japan, Korea, China, India, Mexico, Portugal, Denmark and Sweden. From March 2008 to June 2010, he was the editor of the OECD Employment Outlook and the Head of the Employment Analysis and Policy Division of the Directorate of Employment, Labour and Social Affairs (DELSA). He became the Deputy Director of DELSA in June 2010 and in May 2013 he became Director.
He has published extensively in academic journals, including in the American Economic Review, The Economic Journal, Economic Policy and The International Journal of Industrial Organisation.
Mr. Scarpetta holds a Ph.D. in Economics from the Ecole des Hautes Etudes en Science Sociales (EHESS), Département et Laboratoire d’Economie Théorique Appliquée (DELTA) in Paris and a Master of Science in Economics from the London School of Economics and Political Science. 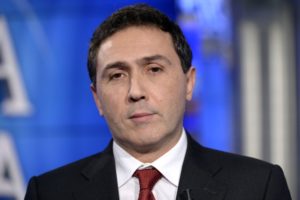 Emiliano Brancaccio (Napoli, 1971) is professor of Economic Policy at the Department of Law Economics Management and Quantitative Methods at the University of Sannio in Benevento, Italy. He is author of articles published in several international academic journals, including Cambridge Journal of Economics, Structural Change and Economic Dynamics, Review of Political Economy. He is author of essays published by Palgrave Macmillan, Routledge, Feltrinelli, Il Saggiatore, among others. He is author of the textbook Anti-Blanchard Macroeconomics published by Edward Elgar. In the area of popular writings he collaborated with various magazines and newspapers, including l’Espresso, Limes, Il Sole 24 Ore, Financial Times. He promoted two documents on the Eurozone crisis: “the letter from the economists” (Il Sole 24 Ore, 10 June 2010) and “the economists’ warning” (Financial Times, 23 September 2013).