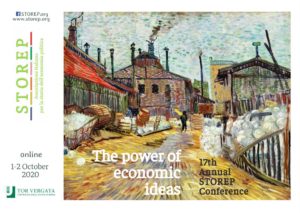 After Marco Dardi in 2017, Harro Maas in 2018, and Richard Arena in 2019, Sheila Dow will give the fourth “Raffaelli Lecture” at the 2020 STOREP conference. The title of her lecture is: “Marshall, Evolutionary Economics and Climate Change“. 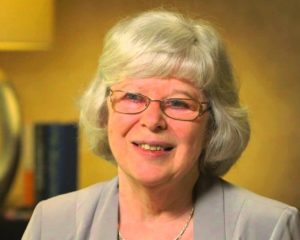 Sheila Dow is Emeritus Professor of Economics at the University of Stirling, Scotland, and Adjunct Professor of Economics at the University of Victoria, Canada. She has also held visiting positions at the Universities of Toronto and Cambridge. Her main research interests lie in the fields of methodology, history of economic thought (especially Hume, Smith and Keynes), theory of money and banking (including central banking and regional finance) and Post-Keynesian macroeconomics. Her main focus has been on raising methodological awareness and promoting pluralism in economics. Recent books include Economic Methodology: An Inquiry, OUP 2002, A History of Scottish Economic Thought, Routledge 2006, co-edited with Alexander Dow, and Foundations for New Economic Thinking, Palgrave Macmillan 2012. 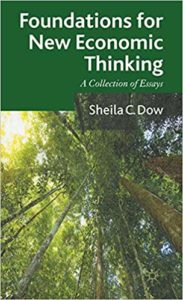 While her career has primarily been in academia, she has held positions with the Bank of England and the Government of Manitoba, and as special advisor on monetary policy to the UK Treasury Select Committee. She is currently a member of the Academic Council of the Institute for New Economic Thinking, the Academic Advisory Board of the Independent Social Research Foundation, and the Center on Capitalism and Society. She has in the past been co-Convenor of the Stirling Centre for Economic Methodology, Chair of the International Network on Economic Method, co-Chair of the Post-Keynesian Economics Study Group and Treasurer of the Scottish Economic Society, as well as being a member of the Council, and then Executive, of the European Society for the History of Economic Thought, and of the Council of the Royal Economic Society.

Sheila Dow has served on the Boards of many journals, and has been a co-editor of Economic Thought: History, Philosophy, and Methodology and associate editor of the Journal of Economic Methodology.