The two STOREP Young Scholars 2021 Awards (1000€ each) are conferred to the authors (young scholars under 40 years of age) of the best articles presented at the Annual Conference. The articles can focus on any topic of relevance to the history of political economy or to the main theme of the Conference, but they can also discuss any issue in contemporary economic analysis and policy whose conclusions are spelled out in contrast or continuity with past theoretical standpoints. 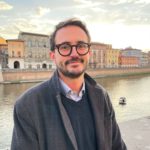 The 1923 “Quasi Abolition” of Inheritance Tax. A Case Study on The Political Economy of “Laissez Faire Fascism” 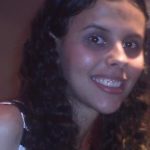 Gabbuti’s paper provides a detailed and interesting contribution to a neglected aspect of the economic and political history of fascism, as well as an original insight on social inequality issues in Italy in the first half of the 20th century.

Centurião sheds light on the figure of Ètienne Antonelli, a French policymaker and popularizer of economic ideas that were inspired by Walras’s economic thought. In so doing, Centurião contributes to a better understanding of the process of diffusion and the application of economic theory.

The 1923 “Quasi Abolition” of Inheritance Tax. A Case Study on The Political Economy of “Laissez Faire Fascism”
In the cabinet meeting of July 9th, 1923, Alberto De Stefani – academic economist, Finance and Treasury Minister of Mussolini’s government until 19252– raised the ‘issue of abolishing inheritance tax’ within the family. According to the official statement, published by most newspapers the following day, the same Mussolini ‘stated his complete agreement to the brave proposal, perfectly in line with Fascist government social and political programme’. By defining ‘family’ as ‘ascendents and descendants; spouses; siblings; aunts and nephews; siblings’ descendants’ (‘that is to say, within the third degree of kinship’: McGuire, 1927, p. 432), the proposal exempted more than 65% of estates, and strongly reduced rates for the rest. By August 20th, pursuant to the ‘full powers’ granted to the government by the Parliament in December 1922 in order ‘reorganise the fiscal system, to simplify it, adjust it to budgetary needs, and better redistribute the fiscal burden’ (Gangemi, 1924, p. 3), the abolition became effective through a Royal Decree. The accompanying Ministerial report, rather than mere summary, was a manifesto of De Stefani’s ‘productivist’ policy; one aiming at ‘creating the social, political, economic and fiscal conditions to transform Italy in an oasis (…) in which capital and private enterprise could find the best conditions for productivity’ (MEF, 1923) […]

An Economic Advisor manqué. Finds a Follower: Léon Walras and Ètienne Antonelli
Abstract
Leon Walras’s letters show he spent much of his life trying to arouse interest in his ideas and theories. Attempts in his home country, France, though, were even less fruitful than in other places. Nevertheless, there were exceptions and this paper aims to present an outstanding case in the French community: Etienne Antonelli. Still young, Antonelli proclaimed open affiliation to Walrasian theory. This affiliation, however, made his academic life more difficult – he failed twice in the examination to be a Professor agrégé.
I conjecture that he reacted to these failures by looking for alternatives, and he dedicated himself to two other activities: policy-maker and the popularization of economic knowledge. The purpose of the paper is to analyze how Walrasian ideas influenced these last two activities. I went through some newspaper material, available documents published by Antonelli, some selected documents written by Walras and Walras’s exchanged letters. Throughout his life, Walras made occasional excursions outside the Ivory Tower and defended the formation of mutual assistance cooperatives and increasing workers’ share in capital formation. Antonelli became a politician in 1924, and he was one of the chief authors of the law that established modern social security in France. He also wrote several best-sellers translated into many languages, and he tried to promote a law that would facilitate workers’ participation in industrial capital. The literature about Walras points out that there was, after his death, a period of “quiescence” in the development of Walrasian agenda. Nonetheless, this paper shows that, at least in the case of France, perhaps the main followers just were not in the academy, and Walras’s ideas were being applied in other spheres.

We welcome the generous contribution made by Banca di Credito Cooperativo – Roma.