The Association can count on an international membership of some 220 scholars. STOREP has organized sixteen Annual Conferences (running for two or three days, in June, with invited lectures by eminent scholars and some 100 presentations in total) in as many Italian host cities, and four Summer schools, as well as supported, in a variety of forms, the efforts of other associations of historians of economic thought and political economy. STOREP grants annual scholarships to young researchers who submit their papers, and an Award for the best article presented by young scholars at the annual Conference. Since 2016, STOREP directly provides small research grants (so-called “STOREPgrants“) on a competitive basis to members of the Association. STOREP also produces a working paper series (“STOREPapers“). The Review of Political Economy and the journal Economia&Lavoro publish some of the best articles presented in the Annual Conference. 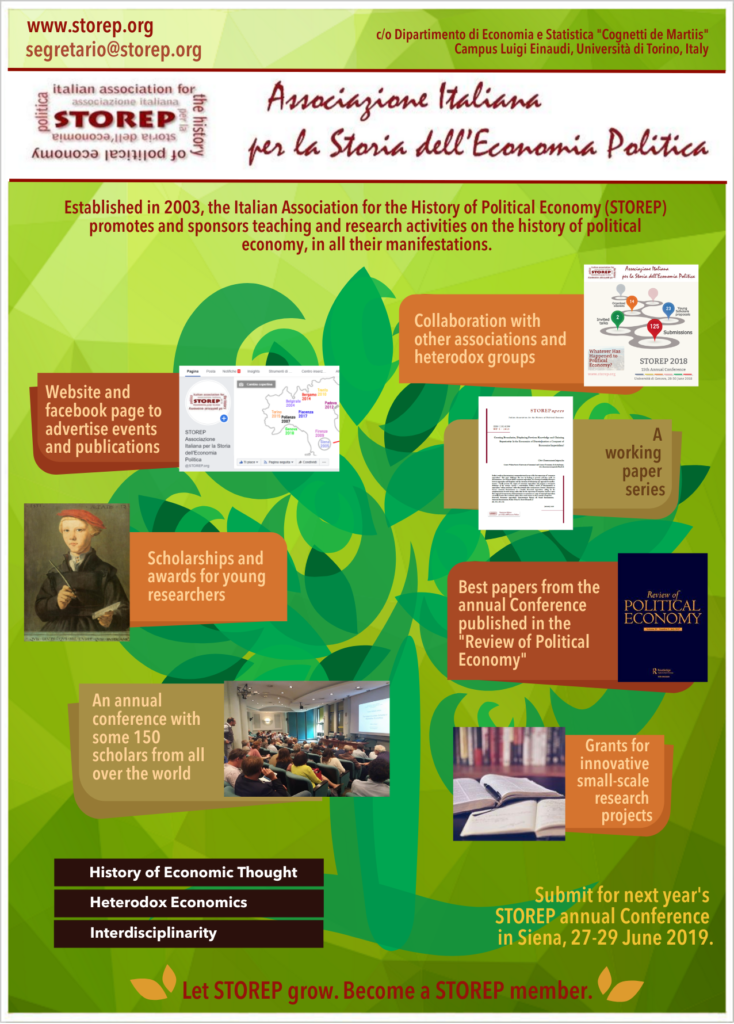