Rethinking Economic Policies:
The Role of the State in the post-Covid-19

Economics’ increasing variety and fragmentation are also the product of “reverse imperialisms” by former victims of the dismal science’s expansionism. The mainstream of economics is in fact currently populated by a series of research programs that significantly deviate from the neoclassical core and have their origins in other social science disciplines.

Starting from 2023, STOREP invites scholars from a neighboring discipline to discuss this latter’s relationships with economics in a historical perspective, including the impact it currently has on economics itself, as well as the contribution it can make to creating a new transdisciplinary behavioral science in the future. 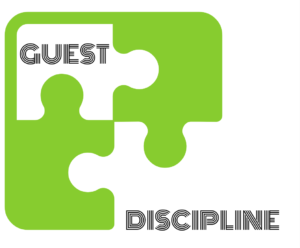 STOREP 2023 welcomes abstract and session proposals from Sociology and Economic sociology. To encourage participation, facilitations are provided in the form of extended deadline and discounted fees.

The Association can count on an international membership of some 200 scholars. STOREP has organized 19 Annual Conferences (running for two or three days, in June, with invited lectures by eminent scholars and some 100 presentations in total) in 17 Italian host cities, and four Summer schools. It grants annual scholarships to young researchers, and an Award for the best article presented by young scholars at the annual Conference. Since 2016, STOREP directly provides small research grants (so-called “STOREPgrants“) on a competitive basis to members of the Association. STOREP also produces a working paper series (“STOREPapers“). The Review of Political Economy and other journals publish some of the best articles presented in the Annual Conference.

To foster dialogue and mutual contamination between social science disciplines, the STOREP 2023 Conference welcomes abstract and session proposals from sociologists. The exchange between economics and sociology can be particularly fruitful since the two disciplines often focus on the same research object and exhibit similar analytical aspects. While maintaining their own distinctive disciplinary approach, both disciplines – and, on the side of sociology, especially economic sociology – concentrate on the principles that govern economic behavior, the relationship between the State and the market in the allocation of resources, as well as on socio-economic inequalities.

More precisely, the sociological approach focuses, among other elements, on the cognitive, cultural, relational, and political embeddedness of economic activity and, at the same time, on economic implications, at both the individual and the general level, of this embeddedness. These same aspects are gaining importance, and are increasingly integrated into economic analysis, while evidently being at the core of various heterodox schools of thought. 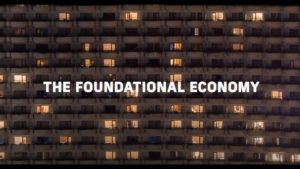 A shining illustration of a fertile ground for dialogue and cross-fertilization between economics and sociology is the so-called Foundational Economy research program. Foundational Economy identifies all economic sectors directly involved in individual and collective well-being, including essential goods and services for daily life and the maintaining of social cohesion such as health, care, education, utilities, housing, and food supply. The Foundational Economy approach challenges orthodox ideas about what economic policy should be or strive to achieve, by introducing the principle according to which economic activities are not all the same and should consequently be subjected to different kinds of regulation, considering their role as a driver of welfare.

The transformation of sector regulation and business models over time, the changing role of the state, market legitimacy, and market ethos, and the depoliticization of economic policies are just a few cases of issues on which inter-disciplinary cooperation between economists and sociologists is desirable and welcome.

Please send proposals to both segretario@storep.org and joselle.dagnes@unito.it – Joselle Dagnes (Università di Torino) has kindly offered to help STOREP gather submissions from sociologists and economic sociologists to be eventually presented at the Conference.

In order to ensure meaningful dialogue and positive feedback, we require that sociologists participating in the conference act as discussants of accepted papers in economics, and their own papers to be discussed by economists.

The deadline for abstract/session submissions is April 3, 2023.