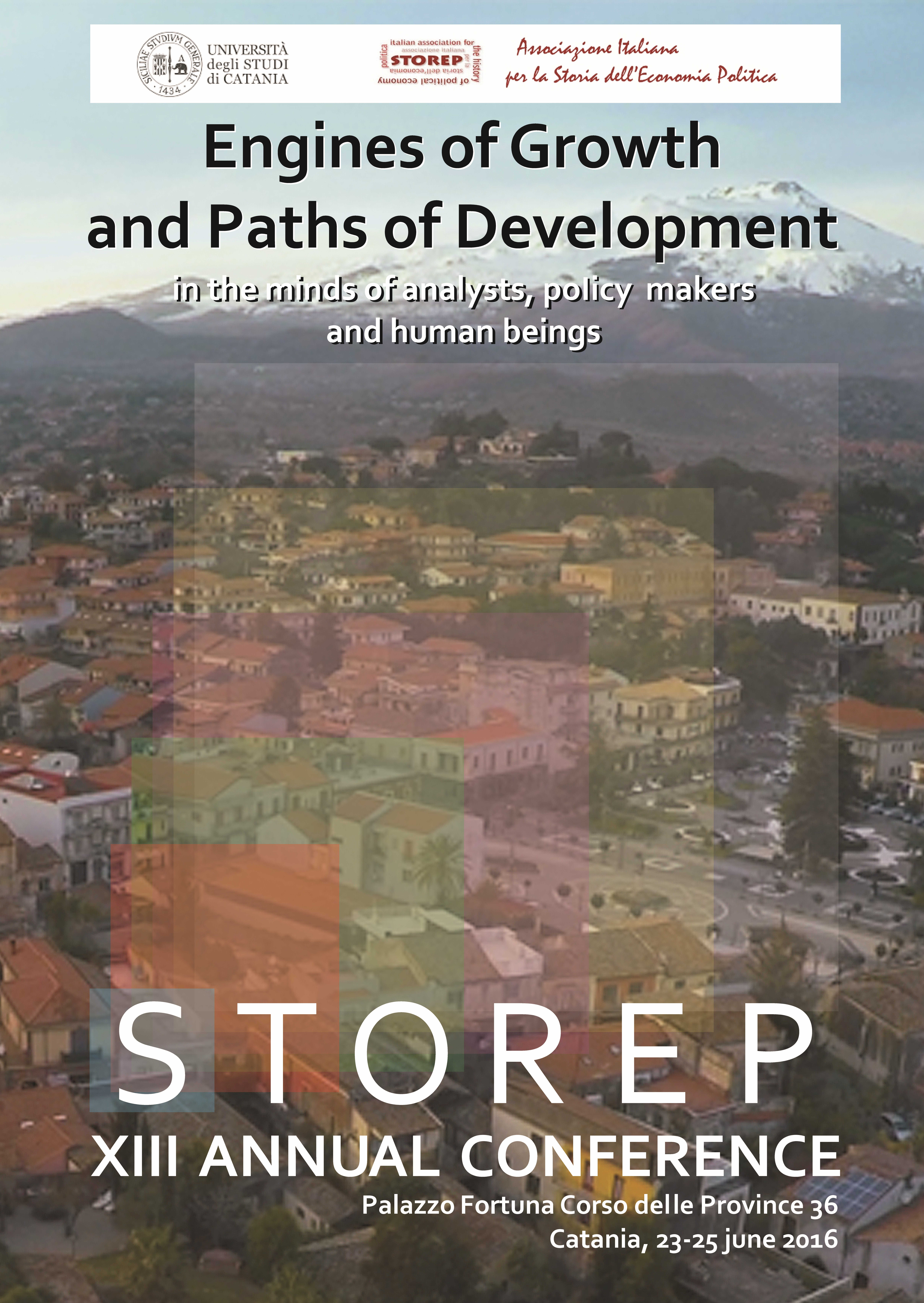 The title of the conference will be “Engines of growth and paths of development in the minds of analysts, policy makers and human beings”.

How economies evolve and change through time is a central issue of economic analysis. The fundamental engines of growth, namely, capital accumulation, both physical and human, and technological progress have been widely and thoroughly investigated. The role of institutions, as setting the stage for those engines to operate, has also received much attention. Development economics has brought history, society and culture to bear on economic performances in an attempt to devise what is best for individual countries and regions to attain prosperity.

As a matter of fact, ideas about those engines and those paths have had an impact on how economies have actually evolved through time. Growth and development are concerns not only of analysts, historians and social scientists, but also of human beings, who are aware of the effects that bad performances of the economies they live in may have on their lives. Therefore, they tend to develop ideas of what growth and development should mean and look like. Growth and development are now subjects of daily debates. What analysts and people think about such themes eventually affect policy makers’ decisions.

Thus, theories, visions, culture, expectations have an impact in determining the starting of an engine, the turning of a path, the effectiveness of casual shocks. The 13th Annual STOREP Conference is calling for papers, from various disciplines, designed to explore how culture, institutions, visions have affected the actual thinking on growth and development and how such thoughts have finally produced an impact on the dynamics of real economies.

We are pleased to announce that distinguished colleague:

will join the conference as keynote speaker.

An abstract of about 400 words for a paper and 600 words for a session (together with the abstracts of the three or four papers for the session) must be submitted before March 6 to: segretario@storep.org.

Notification of accepted and rejected abstracts will be sent by March 21, 2016.

May 31, 2016: Deadline for late registration (late fee) and for submitting full papers.

All participants, including young scholars who apply for the awards, must become STOREP members or renew their membership.

All relevant information concerning registration fees, accommodation and programme will soon be published on this same page of the association’s website.

1) Scholarships for young scholars (under 40 years of age). In order to be eligible, the applicant is required to submit a Curriculum Vitae and a paper on any topic relevant to the history of political economy. The authors of the papers selected will be awarded free STOREP Conference registration, including the social dinner and the association’s annual membership fee. All applications, with CV and the final version of the papers, should be sent to segretario@storep.org no later than May 15, 2016. Applicants will be informed about the result of the evaluation process no later than May 25, 2016.

2) The STOREP Award (of 500.00 €) for the best article presented at the Annual Conference by young scholars under 40 years of age. All applications, with CV and the final version of the papers, should be sent to segretario@storep.org no later than September 15, 2016.