The two Young Scholars STOREP 2020 Awards (1000€ each) are conferred to the authors (young scholars under 40 years of age) of the best articles presented at the Annual Conference. The articles can focus on any topic of relevance to the history of political economy or to the main theme of the Conference, but they can also discuss any issue in contemporary economic analysis and policy whose conclusions are spelled out in contrast or continuity with past theoretical standpoints. 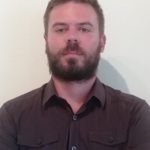 The Negative Natural Rate of Interest in the Modern Theories of Liquidity Trap and Secular Stagnation: Back to Böhm-Bawerk via Samuelson 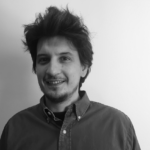 Gain without Pain or Pain without Gain? An Assessment of Fiscal Multipliers in Italy

Stefano DI BUCCHIANICO, “The Negative Natural Rate of Interest in the Modern Theories of Liquidity Trap and Secular Stagnation: Back to Böhm-Bawerk via Samuelson”

The paper presents a discussion of the negative natural rate of interest which is based on a rational reconstruction of a line of thought that originates in Bohm-Bawerk’s explanation of a positive rate of interest, was developed by Samuelson into his overlapping generations model and has recently re-emerged in Krugman’s 1998 Liquidity Trap model.
The author discusses the shift of attention that occurred from the analysis of a positive natural rate of interest to the reasons explaining why it can be negative, also looking at the different contexts in which the theories were developed and different questions the authors tried to answer.
The prize is intended to encourage the author to extend his agenda in the direction already proposed in this paper, in which historical research sheds new light on a theme that has recently received much attention from economists.

Matteo DELEIDI, “Gain without Pain or Pain without Gain? An Assessment of Fiscal Multipliers in Italy”

In his paper Deleidi estimates government investment and consumption multipliers in Italy for the 1995-2019 period. His aim is to demonstrate that fiscal policies have positive and permanent effects on GDP, in contrast with the so-called expansionary austerity theory according to which fiscal consolidation policies and not government deficit spending fosters economic growth.
The author carefully discusses the existing literature and provides an original contribution both by applying  Structural Vector Autoregressive modelling on quarterly data and for his consideration of fiscal expectations. His results are stimulating and challenging.
The prize recognizes the novelty and relevance of his contribution and intends to encourage further research on a much debated topic, rich in theoretical insights and policy implications.

This paper aims to estimate fiscal multipliers in Italy by assessing the effect of an increase in government expenditure and its components on the GDP level. By applying SVAR modelling to Italian quarterly data for the period 1995-2019, the author shows that expansionary fiscal policies produce positive and permanent effects on the GDP level, even when fiscal foresight is considered. Estimated fiscal multipliers are higher than 1 and positive even 10 years after a discretionary fiscal policy has been implemented. When government investment and consumption are compared, findings show that government investment has a larger effect on GDP than government consumption. These findings strongly support the Keynesian perspective and indicate that, among other things, Italy should increase public investments considerably in order to foster economic growth.