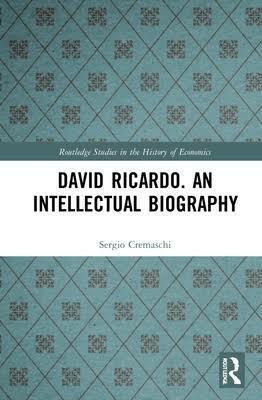 Book Description
David Ricardo has been acclaimed – or vilified – for merits he would never have dreamt of, or sins for which he was entirely innocent. Entrenched mythology labels him as a utilitarian economist, an enemy of the working class, an impractical theorist, a scientist with ‘no philosophy at all’ and the author of a formalist methodological revolution. Exploring a middle ground between theory and biography, this book explores the formative intellectual encounters of a man who came to economic studies via other experiences, thus bridging the gap between the historical Ricardo and the economist’s Ricardo.
The chapters undertake a thorough analysis of Ricardo’s writings in their context, asking who was speaking, what audience was being addressed, with what communicative intentions, using what kind of lexicon and communicative conventions, and starting with what shared knowledge. The work opens in presenting the different religious communities with which Ricardo was in touch. It goes on to describe his education in the leading science of the time – geology – before he turned to the study of political economy. Another chapter discusses five ‘philosophers’ – students of logic, ethics and politics – with whom he was in touch. From correspondence, manuscripts and publications, the closing chapters reconstruct, firstly, Ricardo’s ideas on scientific method, the limits of the ‘abstract science’ and its application, secondly, his ideas on ethics and politics and their impact on strategies for improving the condition of the working class.
This book sheds new light on Ricardian economics, providing an invaluable service to readers of economic methodology, philosophy of economics, the history of economic thought, political thought and philosophy.

Author
Sergio Cremaschi is a former Reader of Moral Philosophy at the ‘Amedeo Avogadro’ University at Vercelli, Italy. He has been a visiting scholar at Nuffield College, Oxford, the Faculty of Education at Aahrus University, Danemark, the Institute for Advanced Studies at the Hebrew University, Jerusalem, an Erasmus lecturer at the University of La Laguna, Sevilla University and Córdoba University, and a visiting lecturer at the New School for Social Research, New York and the LUISS, Rome. He edited the ‘philosophy of science’ and ‘economics and philosophy’ sections of the Dizionario di Filosofia e Scienze Umane, deAgostini, 1996 and the ‘economics and philosophy’ section of the Enciclopedia Filosofica, Bompiani, 2006. He authored nine book, including Utilitarianism and Malthus’s Virtue Ethics. Respectable, Virtuous and Happy (2014; Eshet best book award for 2015) and Il Sistema della ricchezza. Economia politica e problema del metodo in Adam Smith (1984).