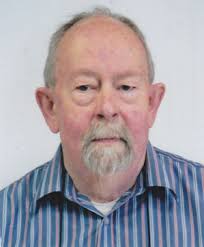 We regret to inform that the eminent economist and historian of economic thought Peter Groenewegen passed away on the fourth of May in Sydney, Australia. Peter was seventy-nine, having been born in Kerkrade, The Netherlands, on February 13th 1939. His family immigrated to Australia in 1952, and it was here that he first graduated in economics at the University of Sydney, to then proceed to obtain his PhD at the London School of Economics, awarded in 1965.

While most of his academic career was spent at the University of Sydney, his historical research led him to travel widely, especially in Europe. He had many friends in Italy, where he spent periods of work at the Universities of Florence, Pavia and Lecce. Peter’s reputation in the field of HET studies relied on his vast erudition, intellectual finesse, and an impressive output of publications of impeccable quality.

He wrote extensively on most of the main authors of the modern European tradition and, from the 1980s on, especially on Alfred Marshall: his monumental biography A Soaring Eagle (1995) will remain an indispensable source for years to come.

He was also an expert in public finance and in Australia’s system of fiscal federalism, as well as a recognized leading exponent of post-Keynesian thought in his country. As he said of himself, “history and institutionalism … inform nearly all of my economics”.

For further aspects of his personality, ideas and achievements we recommend the fine 2001 interview by Brian Dollery, available at: https://www.hetsa.org.au/pdf/36-A-09.pdf.