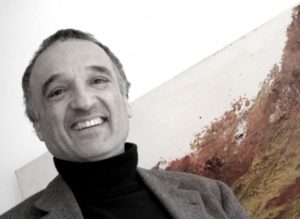 On the 21st of October 2020, after a short, tragic illness, Fabio Ranchetti (1948-2020) passed away. He was an economist, a historian of economic thought, a teacher devoted to his students, a learned man, an erudite scholar, an open minded person, who enriched our discipline, encompassing in his wide culture political economy, philosophy, linguistics, literature.

With a strong philosophic background due to his studies in philosophy in Milan, then at the Trinity College in Cambridge, a crucial period in his life, Fabio Ranchetti conceived economics as fully belonging to moral an political philosophy, and deeply linked to mathematics, logics and linguistics. His scientific work was inspired by this broad, open minded vision of the economic discourse, and it was nourished by the variety of sources in humanistic culture of which he was an expert and a lover. In his personal library, an heritage from his family that he maintained and enriched as a passionate bibliophile, books were disposed not simply by author or subject, but according to the links which he had discovered among them in his interdisciplinary studies.

In his scientific work Fabio Ranchetti wrote on Quesnay, Wicksteed, Edgeworth (an author of whom he had deep knowledge), on Sraffa, with whom he had maintained constant dialogue in Cambridge, on Keynes, whose writings he had studied extensively, with special attention to their philosophical sides and to monetary theory. In his research he explored the relationship between economics and philosophy in Wittgenstein, a philosopher he had meditated for years. He devoted a brilliant, well documented study to the Lettres Persanes by Montesquieu, discussing the complex relationship between fantastic storytelling and the analysis of social reality. He was exploring the relationship between economic themes and literary narration in Thomas Mann’s works.

He had the rare gift of being able to offer effective didactical presentations without recurring to schematic popularization, with the aim to propose instruments for improving critical thought. Even today, his book with Claudio Napoleoni Il pensiero economico del Novecento is an important contribution linking history of thought and theoretical reasoning on the major turns in economic theory in the last century. In 2011, at the Festival dell’economia in Trento he discussed in clear language the complex problem of freedom/liberty starting from a linguistic perspective (as inspired by his studies on Wittgenstein), a presentation with an ample cultural background, but always precise in economic language. He went on teaching after retirement, because he simply loved teaching and had a high conception of his task. To invite his students to engage with exploring the problems of the contemporary world, he devoted lot of time to carefully update his knowledge on the burning questions of the day. He cared for his students, and he felt the duty to help them develop their intelligence. To deprive them of the help of lessons and the support of their teacher was one of his primary worries during his illness.

His intelligence, his learning, his kindness, his brilliant conversation, his humor, his generosity leave a regret and a void in the heart of friends and colleagues, who knew him, and who today remember him with love in deep sorrow.