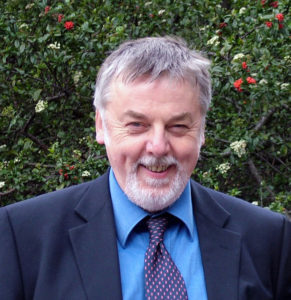 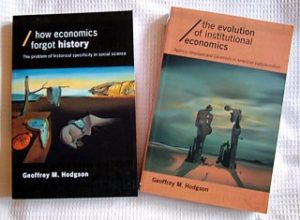 Hodgson is the recipient of the Veblen-Commons Award in 2012. His How Economics Forgot History. The Problem of Historical Specificity in Social Science (Routledge 2001) was nominated by the World Economics Association in 2016 as one of the top 50 economics books of the last 100 years. Conceptualizing Capitalism received the Schumpeter Prize 2014 awarded by the International Joseph A. Schumpeter Society.

His current research, carried out within the Group for Research into Organisational Evolution (GROE) at the University of Hertfordshire, focuses on the theoretical and methodological foundations of institutional and evolutionary economics, with immediate applications for the understanding of learning, routines, technological change, and economic development. Another focus is on the theory and nature of the firm, and its place in a broader theory of institutions and institutional change. The agenda also includes the evolution of institutions, the application of Darwinian principles to socio-economic evolution, the conditions underlying increasing socio-economic complexity, and the impact of increasing complexity in capitalist development. Finally, he leads empirical research projects on routinisation and niche-construction in firms, the degree to which firms adapt to change, and the role of institutional complementarities in firm

The World Economics Association published in 2012 an interview to Hodgson illustrating his career and the essential lines and ambitions of his research.

His keynote lecture at the 15th Annual STOREP Conference is titled: