STOREP is very pleased to inform its members that it has reached an agreement with the Review of Political Economy (https://www.tandfonline.com/toc/crpe20/current) and Economia & Lavoro (http://www.fondazionebrodolini.it/pubblicazioni/economia-lavoro) with respect to the publication of selected papers from the next STOREP annual conferences (beginning in 2019) in the form of a series of symposia. 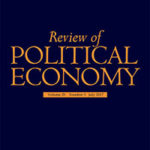 The Review of Political Economy is a peer-reviewed journal welcoming constructive and critical contributions in all areas of political economy, including the Austrian, Behavioral Economics, Feminist Economics, Institutionalist, Marxian, Post Keynesian, and Sraffian traditions. The Review publishes both theoretical and empirical research, and is also open to submissions in methodology, economic history and the history of economic thought that cast light on issues of contemporary relevance in political economy. 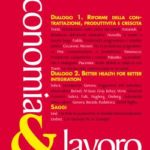 Economia & Lavoro is Fondazione Giacomo Brodolini’s four-monthly journal of economic policy, sociology and industrial relations, published by Carocci editore. It was founded in 1967 by Giacomo Brodolini with the aim of promoting debate among political, social, cultural and economic stakeholders that share the goal of democratic progress and reform. In 1971, Economia & Lavoro became the journal of Fondazione Brodolini, and since then it has been carrying on its founder’s action and thought, paying, on the other hand, deeper attention to social changes and new labour issues.

STOREP wishes to thank History of Economic Ideas for a pleasant and successful cooperation over the last years in realizing four special issues with articles from STOREP annual conferences. 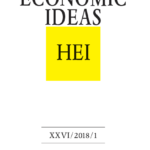 the Torino 2015 Special issue, published in 2016 (“Shifting Boundaries. Economics in the Crisis and the Challenge of Interdisciplinarity”, History of Economic Ideas, 24(3), 2016, edited by Mario Cedrini and Stefano Fiori, http://www.storep.org/wp/en/storep-2015-special-issue-on-history-of-economic-ideas/)

the Catania 2016 Special issue, published in 2018 (“Engines of Growth and Paths of Development in the Minds of Analysts, Policy Makers and Human Beings”, History of Economic Ideas, 26(1), 2018, edited by Maurizio Caserta, http://www.storep.org/wp/en/storep-2016-special-issue-on-hei-engines-of-growth-and-paths-of-development-in-the-minds-of-analysts-policy-makers-and-human-beings/).

and the Genova 2018 Special issue (forthcoming).